Cool Chicks from History: Were the First Artists Mostly Women? 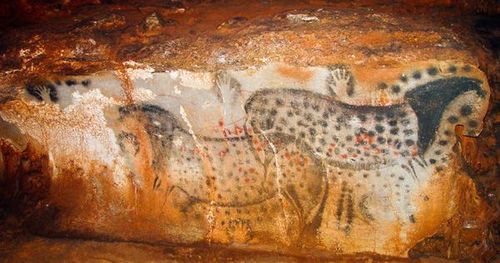 Women made most of the oldest-known cave art paintings, suggests a new analysis of ancient handprints. Most scholars had assumed these ancient artists were predominantly men, so the finding overturns decades of archaeological dogma.

Archaeologist Dean Snow of Pennsylvania State University analyzed hand stencils found in eight cave sites in France and Spain. By comparing the relative lengths of certain fingers, Snow determined that three-quarters of the handprints were female.

“There has been a male bias in the literature for a long time,” said Snow, whose research was supported by the National Geographic Society’s Committee for Research and Exploration. “People have made a lot of unwarranted assumptions about who made these things, and why." Read more.